You see them here…you see them there, uncollected goods on common property. And until recently you were damned if you left them and damned if you removed them. The irony remains why should someone else’s responsibility becomes your problem?

Until 1 July this year, the rights of an owners corporation in relation to unclaimed goods were governed by the Strata Schemes Management Act 2015. Now, this is being governed by the Uncollected Goods Act 1995 (UGA).

What can be claimed is the costs of removing, maintaining, or insuring the goods and, after a time set out in the UGA, they can be disposed of. The time frame for disposing of the goods, depends on the value.

I now discuss what I consider the pertinent parts of the UGA. Having said, that nothing substitutes reading it yourself because what I have not covered may be the very thing that affects you.

What are uncollected goods under UGA?

Section 5(2)(e) provides goods are uncollected if an owners corporation reasonably believes the goods have been abandoned or left behind on common property of a strata scheme.

What if there is no Agreement to dispose of goods?

Section 6 (1) provides the disposal of uncollected goods where there is no agreement between the parties on the means of their disposal. If there is such an agreement, this Act applies to any aspect of the disposal of those goods that is not dealt with in the agreement.

What Liability occurs if goods are disposed?

Section 7 provides a person does not incur any liability in respect of the disposal of uncollected goods provided there is compliance with the Act or in accordance with an order of the Tribunal.

When can Uncollected goods be disposed of?

Part 3 of the UGA deals with the disposal of uncollected goods and this includes the provision of notice to the owner.

Section 19(a) applies if there is no dispute between the depositor and the receiver of the amount of any charge made by the receiver for the carriage or storage of the goods or for repairs or other work done in connection with the goods.

Does it matter what the value of the goods are? 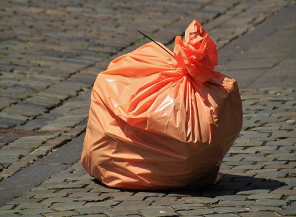 What if the uncollected goods are perishable and rubbish?

No notice is required in relation to the disposal of perishable goods.

Section 24 (1) Nothing prevents an owners corporation or company from disposing of rubbish or perishable uncollected goods.

Section 24(1A) provides there is no requirement to give notice of the intention to dispose of the uncollected rubbish or perishable goods.

Section 24(2) Goods may be disposed of under this section in such manner as the receiver considers appropriate.

When does Notice not have to be given?

This situation is covered by Section 25 which provides which person to whom notices is not required to be given. Remember, the word ‘person’ includes corporations.

It is not required to be given to a person (other than the depositor and any person who has a publicly registered interest in the goods) if the receiver, the owners corporation or company–

(a) is unaware of the fact that the person has or claims an interest in the goods, or

(b) cannot trace or communicate with the person.

If Notice must be given what should it include?

Section 25 provides a notice must include–

(a) the receiver’s name, and

(b) a description of the goods, and

(c) an address where the goods may be collected, and

(d) a statement of the relevant charges due to the receiver in respect of the goods, and

(e) a statement to the effect that, on or after a specified date, the goods will be disposed of unless they are first collected and the relevant charges are paid, and

(f) if applicable, a statement to the effect that the person will retain, out of the proceeds of sale of the goods, an amount not exceeding the relevant charges.

I suggest including photos of the unclaimed goods in the notice. A picture is worth a thousand words.

How is the notice served?

A notice may be served in several ways —

(a)        personally, or by a letter addressed to the person and left at, or sent by post to, the person’s last known address, or

(b)        by email to an email address specified by the person for the service of notices of that kind, or

(c)        by any other method authorised by the regulations for the service of notices of that kind.

What charges are due to a receiver of unclaimed goods?

(a)           the amount agreed on between the depositor and the receiver (or, in the absence of such an agreement, such amount as is reasonable) as the charges due to the receiver for any carriage or storage of the goods or for any repairs or other work done in connection with the goods,

(c)           the amount of the costs incurred by the receiver for the disposal of the goods in accordance with this Part.

How may the proceeds be dealt with from the sale of unclaimed goods?

Section 29 provides the receiver of the proceeds as follows:

(1) to retain the relevant charges due to the receiver in respect of the goods.

(2) The balance (if any) of the proceeds of sale are to be dealt with as if the receiver were a business and the money were unclaimed money for the purposes of the Unclaimed Money Act 1995 .

(3) If the proceeds of sale are insufficient to pay the relevant charges due to the receiver in respect of the goods, the receiver may recover the amount of the deficiency from the depositor, as a debt, in any court of competent jurisdiction.

To me (3) is a bit of ‘pie in the sky’. One would have to query if a person leaves goods uncollected, how likely they would cough up the difference even if they were sued.

What records must be kept?

(a)  a description of the goods disposed of,

(b)  the date on which the goods were disposed of,

(c)   the way the goods were disposed of,

(d)   in the case of goods that have been sold—

the receiver in respect of the goods,

(e) in the case of goods sold by public auction–the name, and the address of the principal place of business, of the auctioneer by whom the goods were sold.

(2) A record prepared under this section must—

(i) in relation to low value uncollected goods–12 months,

(b) be made available by the receiver, on request, for inspection by the depositor or by any other person claiming an interest in the goods.

What about the sale of motor vehicles – how does that work?

The sale of uncollected motor vehicles is dealt with at section 31.

(2)  An application for such a certificate–

That is enough to digest about unclaimed goods for the moment. In next month’s newsletter, I will deal with Tribunal applications and orders, as well as some other technical stuff.