I am the oldest of four siblings. I have learned where you are placed in reference to your siblings influences your personality and the way in which you live your life. 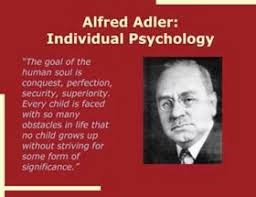 In March 2009, Sarah Wilson wrote an interesting article for The Guardian about children, including the oldest, middle and youngest. She referenced the Austrian psychiatrist Alfred Adler, whose research found eldest children are “typically responsible, confident and conscientious, they are more likely to mirror their parents’ beliefs and attitudes, and often choose to spend more time with adults. Oldest children are often natural leaders, and their role at work may reflect this.”

She also wrote, “Because they are more likely to have authority over younger siblings, or take on the role of surrogate parent, they have a tendency to be bossy and want things to be done their way. Oldest children can be perfectionists and worriers and may put pressure on themselves to succeed.” 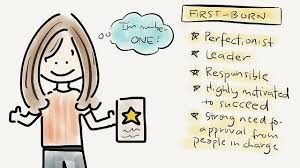 Me, bossy?!?! Wanting things done my way?!?! Being a perfectionist?!?! Really, please…oh, ok. I confess to being accused of displaying a few of these tendencies.

For example, I had a natural penchant for bookkeeping, though I had no formal training in accounting. What did I do after learning the ropes of strata management? I studied and achieved a Master of Professional Accounting.

While recently doing a bit of a Winter clean-up at home, I came across some family financial records from 1991 which I had kept & managed for a very long time beforehand.

I have kept a diary for as long as I can remember. Nothing flowery; just a collection of facts.

Hence paper trails were part of my DNA.

When I commenced my pharmacy studies, up until I graduated, I worked casually at a large family-run pharmacy close to home. When I graduated, I was appointed senior pharmacist-in-charge, managing staff and engaging with patients often a lot older than me. Seven years later I was managing five pharmacies.

I entered strata in 2000. This change, though surprising to family and friends, was a natural progression of management and dealing with people. Some said strata “that’s a divorce a day.” Others said “you’re leaving pharmacy for strata. What the …..?!”

A little background about my parents which also must have influenced me as the oldest child.

My late father was fluent in five languages, an avid reader of newspapers and interested in maths. My mother was a full-time stay-at-home-mum and the ultimate organiser, money manager and caregiver. She also has an interest in weather…I don’t know where that came from, but if you were to call her, she could tell you the weather anywhere in the country.

I did not study any languages, nor the weather, but I had a passion for reading and learning anything related to maths, science and economics – what some like to call evidenced-based disciplines.

Now if you are still wondering where this is going, let me toss this into the mix – I am fascinated by the UK documentary series Seven Up! – which is now up to 63 Up. 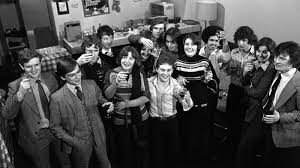 My interest in the program is not one of morbid voyeurism; it’s the excitement of seeing an experiment ongoing over years, commencing Aristotle’s great belief and wisdom which still holds water today.

The director, Michael Apted, said the aim of the series is stated at the beginning of Seven Up! as: “We brought these children together because we wanted a glimpse of England in the year 2000. The shop steward and the executive of the year 2000 are now seven years old.”

Seven Up! did not prompt my change, but it was coincidental that my change came in 2000. That is when I moved from pharmacy to strata. I moved from one of the most trusted professions to one that a lot of people thought was like working in “a divorce a day”.

The show confirmed to me that we are part nurture/part nature and from our very young days, to a degree, with all the vastitudes of life – its twists and turns – there is a common thread from where we start to where we end up.

The commonality between my pharmaceutical profession and strata experience are:-

1. Meeting, managing, helping and dealing with people;
2. Being disciplined and a listener;
3. Being a multi-tasker;
4. Being patient and critical in a positive way;
5. Having empathy but remaining assertive;
6. Having an eye for detail;
7. Identifying problems by looking at the symptoms, coming up with a prognosis and providing solutions;
8. Not being fearful of transparency;
9. Understanding the entitlement to know how things tick; and
10. Having a thick skin and an ability to manage and mediate high conflict situations.

If, in addition to your day job, you serve on a committee or fill a board position, perhaps being a first-born may help you weather the storm. Management was in my DNA. After all, I am your typical eldest child.

I sometimes reminisce about the past through rose-coloured glasses and imagine in the good old days there was more time to get things done, and less unreasonable expectations than today. There were the same number of hours in the day. 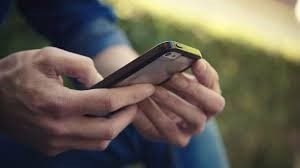 Today, with technology in the palm of our hands, it is my experience that we work longer hours and deal with greater expectations & demands. We were told (and believed) that technology would lead to more time for leisure. For those at the coal face of strata – managers, committee members or board members – technology, including social media, has been a boon and a curse.

Besides being of tremendous value, the curse for me is the naysayers, control freaks and key board warriors who come out of the wall-boards. I have noticed in society an increase in high intensity conflict, resulting in extreme anxiety levels and sometimes depression. By way of example, I am often confronted with 200 or more emails a day, plus SMS messages and telephone calls.

The increased stress levels and anxiety also impacts on strata committees and board members who find themselves more and more in the firing line. As a by-product, there has been a growth in learning the skills necessary to deal with high conflict situations. 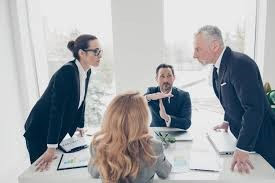 It is beneficial if you get to know who you are dealing with and use your inherent and learned skills to deal with high conflict situations. High conflict people often display particular personality traits including narcissism and, in rarer situations, personality disorders. I will deal with these in later articles.

This is a summary of some of the character attributes of potential high conflict people who can make you think you are involved in a “divorce a day”:-

The good news is, problem solvers exhibit the antithesis attributes and are effective managers or members of committees or boards because they are:- 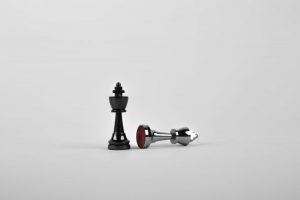