How to Establish a Major Building Defect

How to Establish a Major Building Defect

In 2019 we have invited people, businesses and professionals to provide articles on Strata and Company title. We thank JS Mueller & Co Lawyers for the following contribution
1. On 15 January 2015, the Home Building Amendment Act 2014changed the terminology and definitions from structural to “major” and from minor to “in any other case” i.e. non-major.

3. Two recent NSW Civil and Administrative Tribunal Appeal Panel decisions have considered the definition of major defect and how to establish whether a defect meets this definition, providing useful guidance on this topic.

a) An internal or external load bearing component of a building that is essential to the stability of the building, or any part of it (including but not limited to foundations and footings, floors, walls, roofs, columns and beams); or

b) A fire safety system; or

d) Any other element that is prescribed by the regulations as a major element of a building.

6. In addition to affecting a “major element” of the building, a “major defect” must have the following consequences [1] (emphasis added):

a) The inability to inhabit or use the building (or part of the building) for its intended purpose; or

7. A defect may also be a major defect if:

a) It is a defect of a kind that is prescribed by the regulations as a major defect; [2] or

b) If it involves the use of a building product within the meaning of the Building Products (Safety) Act 2017) in contravention of that Act. [3] 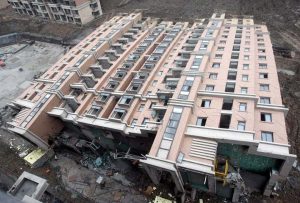 8. What defects are included in categories of major defects will depend upon the meaning of the words “destruction”, “the inability to inhabit or use the building”, or “threat of collapse”.

9. It is possible that the meaning of “major defect” will be considered to only include defects that have significant consequences. If so then the limitation period will be reduced to two years for some defects that previously would have had a six-year warranty because they will be regarded as non-major.

10. Whilst there is very little judicial consideration of the meaning of major defect by the Courts in NSW, the definition has been considered recently in two cases this year by the Appeal Panel of the NSW Civil and Administrative Tribunal in relation to the question of jurisdiction. In other words, if a defect is not a major defect and more than two years have passed since completion of the building, then the claim is out of time and the Tribunal does not have jurisdiction.

11. In Vella v Mir [4] [2019] NSWCATAP 28 the Appeal Panel set out the sequence of analysis to decide whether a claim for a major defect was made within time as follows [4]:

a) when the statutory warranty period starts;

b) whether s.18E(2) applies if the statutory warranty has already been enforced;

c) whether each of the defects is a major element in a building;

d) whether each of the defects in a major element is a major defect;

e) whether the application has been made within time by reference to the statutory warranty period.

12. In Ashton v Stevenson [2019] NSWCATAP the Appeal Panel applied the decision of Vella and also found that the following must be established for a defect to be a major defect [5]:

a) The first step in the analysis is that the defect must be part of a “major element” of a building.

b) Inclusion in the definition of major element does not mean that the defect will be a “major defect”.

c) The extent to which a defect impacts on the habitability or the integrity of the building needs to be proved by the party alleging a major defect (referring to Panchal v Jones t/as Oz Style Homes[2018] NSWCATD 238). [6]

e) Section 18E(4)(a)(i) requires that there must be a proven, or probable, inability to inhabit, or use the building.

f) Section 18E(4)(a)(ii) and (iii) are at the more serious end of consequences or impact on a building. The reference to destruction does not mean minor process of deterioration, but evidence of a real possibility of destruction, not merely incidental damage or superficial deterioration.

g) These are matters for evidence as to the actual impact which must involve more than a speculative or pessimistic assessment of possibilities in order to prove that the defect will have, or probably have, the prescribed consequences.

h) The evidence must establish that the consequences are imminent or probable.

i) Whilst expert evidence may assist in this analysis, such evidence is not determinative of the issue and must rise above speculation and suggestions as to possibilities.

j) Evidence from the occupants of users of the building (as opposed to expert evidence) would be necessary to establish the claim. 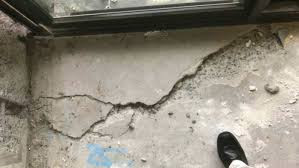 14. Additionally, establishing whether a defect is a major defect is not simply a matter for expert opinion and will require evidence from occupants of the building to establish the seriousness of the defect, particularly in relation to the ability to use the building or a part of it for its intended purpose.

15. Unless a defect can be proven to be a major defect, an owners corporation will be out of time to claim for some very significant and costly defects if proceedings are commenced outside of the 2-year limitation period for minor defects..

16. The owners corporation has a strict obligation to maintain and repair the common property pursuant to section 106 of the Strata Schemes Management Act 2015. This includes taking action to address all defects at the property for which the builder and the developer are responsible. Failure to do so may leave the owners corporation open to action by any interested person, such as a lot owner.

17. It is therefore important to take steps to review the building for defects after the first 12 months from the date of issue of an occupation certificate and obtain legal advice on pursuing the builder and developer well before the 2 year limitation period expiry. 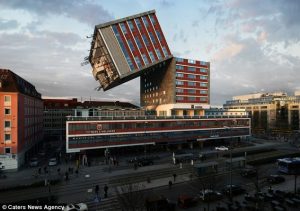