Accentuate the Positive and Eliminate the Negative

Accentuate the Positive and Eliminate the Negative

Beware of what you wish for…

In our April issue, we discussed that we are more similar than we think. Those similarities include intolerance. Think about the proportionality of negative thoughts over positive ones. By habit, I have found my negative thoughts seem to be greater than the positive ones. This made me think – why is that so? So, I started eliminating the negative and accentuating the positive, just like in the old Bing Crosby tune. 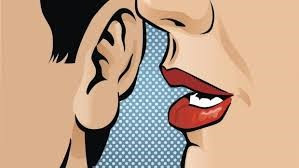